Baba Gurdit Singh was born in 1860 at Sarhali, in Amritsar District Of British Punjab province (India).  He chartered a Japanese ship, the Komagata Maru, in 1914 to go to Canada, reaching Vancouver on May 23, 1914. The government did not allow the ship to anchor.  The ship was attacked by the police at night. The attack was repulsed by the passengers and it created a great stir among the Indians in Canada.  This is known as the Komagata Maru incident.

The Komagata Maru incident involved a Japanese steamship, the Komagata Maru, that sailed from Hong Kong to Shanghai, China; to Yokohama, Japan; and then to Vancouver, Canada in 1914, carrying 376 passengers from Punjab, India. The 356 passengers were not allowed to land in Canada, and the ship was forced to return to India. The passengers consisted of 340 Sikhs, 24 Muslims, and 12 Hindus, all British subjects. This was one of several incidents in the history of early 20th century involving exclusion laws in Canada and the United States designed to keep out immigrants of Asian origin.

A movement to repeal the "Exclusion Act" went into full force in 1946, with Chinese and non-Chinese joining forces.  By the end of November of 1946, "The Committee for the Repeal of the Chinese Immigration Act" was formed.  It included 79 prominent Canadians, of which 80% of its members were non-Chinese.  Chinese Canadian committee members included Dr. S.K Ngai, a local surgeon, Chong Ying of the Shing Wah Daily News, Wong Yick, editor of the CKT publication Hung Chung She Po, Professor C.C Shih of the University of Toronto, and K. Dock Yip, in 1945 the first Chinese Canadian called to the bar. 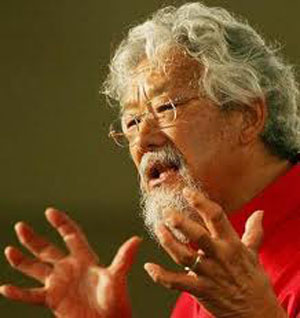 David Takayoshi Suzuki, CC, OBC (born March 24, 1936), is a Japanese Canadian academic, science broadcaster and environmental activist. Suzuki earned a Ph.D. in zoology from the University of Chicago in 1961, and was a professor in the genetics department of the University of British Columbia from 1963 until his retirement in 2001. Since the mid-1970s, Suzuki has been known for his TV and radio work – along with several books – about nature and the environment. He is best known as host of the popular and long-running CBC Television science magazine, The Nature of Things, seen in syndication in over forty nations.

He is best known as host of the popular and long-running CBC Television science magazine, The Nature of Things, seen in syndication in over forty nations. He is also well known for criticizing governments for their lack of action to protect the environment.   A long time activist to reverse global climate change, Suzuki co-founded the David Suzuki Foundation in 1990, to work "to find ways for society to live in balance with the natural world that sustains us." The Foundation's priorities are: oceans and sustainable fishing, climate change and clean energy, sustainability, and Suzuki's Nature Challenge. He also served as a director of the Canadian Civil Liberties Association from 1982-1987.  Suzuki was awarded the Right Livelihood Award in 2009. 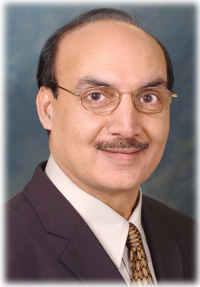 Raj Chouhan was elected as the MLA for Burnaby-Edmonds on May 17, 2005 and re-elected on May 12, 2009. Raj serves as the Official Opposition Critic for Labour. Previously Raj served as critic for Human Rights, Multiculturalism and Immigration. Raj also serves as the Opposition Deputy-Whip since 2007.  Before immigrating to Canada in 1973, Raj was involved in student union activities in India.

On his arrival in Canada, Raj was impacted by the plight of immigrant workers and developed a passion for community and social justice work.   Raj is the founding president of the Canadian Farmworkers' Union, and he served as the Director of Bargaining at the Hospital Employees Union for 18 years. Raj has also served as a member of the Labour Relations Board of B.C. and the Arbitration Bureau of B.C.

A founding member of the B.C. Organization to Fight Racism, Raj has worked in promoting human rights and racial equality. He has served as the Vice President of B.C. Human Rights Defenders since 2003. Raj has taught courses on Human Rights, the B.C. Labour Code and collective bargaining since 1987. He has traveled across Canada to give seminars and attend conferences that raise awareness of issues regarding racism, poverty, worker rights, and discrimination.  In addition, Raj supports many programs offered through community organizations including neighbourhood safety, refugee assistance, and health and wellness programs for seniors. 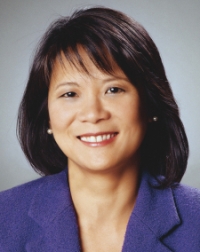 Olivia Chow is a New Democratic Party Member of Parliament and former city councillor (1991–2005) in Toronto. She won the Trinity—Spadina riding for the New Democratic Party on January 23, 2006, becoming a member of the Canadian House of Commons.  Chow is married to NDP leader Jack Layton.

Chow was born in Hong Kong and immigrated to Canada with her family in 1970 at the age of 13. She first became active in politics working with local NDP MP Dan Heap. With his support, she ran for school board trustee, and won in 1985. Popular on the school board, she was elected to Toronto city council in 1991 in Ward 20 (Ward 24 from 1997–2006) in the riding of Trinity—Spadina. The area has long been home to a diverse group of communities in the core of Canada's largest urban centre.  Chow was re-elected several times to city council by wide margins.  As city councillor, Chow was an advocate for the homeless, public transit and many other urban issues that promote sustainable development.

As the federal New Democratic Party’s tireless immigration critic, Olivia has steadfastly defended workers rights and has been a leading voice in demanding the immediate reform of Canada’s exploitative Temporary Foreign Workers program.

In 2010, Olivia was awarded the Cesar E. Chavez Black Eagle Award for dedicating over three decades to rallying communities and helping working people to combine their power to win countless social justice fights and create a better, fairer society.