How Unions strengthen the Canadian Economy

What about Strikes and Lockouts?

Nearly 30% of Canadian workers belong to unions, including, nurses, teachers, journalists and professional athletes, as well as the more traditionally unionized occupations like retail store clerks, manufacturing workers, miners, electricians and other construction trades workers. All in all, about four million Canadian workers belong to a union. Why not you and your co-workers?

Unions in Canada are regulated by federal and provincial legislation. They are required by law to be democratic and financially accountable to their members. All unions have constitutions that must be registered with government labour boards. There are well over a hundred different unions in Canada, but UFCW Canada is the leading union for private sector workers.

How Unions strengthen the Canadian Economy

Many historians attribute unions to the rise of Canada's middle class and the general prosperity of the country. By helping more workers make decent wages with more job security, unions are largely responsible for stabilizing the economy and stimulating its growth. Because of unions, more working people can afford houses, better food, clothing, cars and other consumer goods. Increasing demand for these things creates more jobs and even more economic growth.

Workers who are paid well and enjoy job security can afford to pay taxes to support the growth of public services like schools, roads, clean water, police services, electricity and health care. In this regard, even people who have never belonged to a union benefit from the existence of good union jobs in their communities..

Canada is among the top five most prosperous countries in the world and has a relatively high rate of unionization. Union workers make more money, spend more money and create more jobs with that spending. The health care benefits enjoyed by union members (dental, prescription drugs, optical, physiotherapy, etc) means healthier families and less of a burden on the health care system. And union pensions mean workers and their families can retire comfortably and continue to contribute to the economy in their golden years..

Unions in North America started nearly two hundred years ago as "mutual aid societies." They are still like that today. Everyone who belongs contributes a small portion of their income in return for the protection of the group as a whole. That's what union dues are. Every union member contributes to a common fund of money that is used to protect the interests of all.

It's a lot like insurance. In fact, many people view union dues as "job insurance premiums," though that only tells half the story. Union dues are used not only to protect jobs but to fund negotiations for better wages and working conditions, to pay for professional advice when needed, to organize more workers and make the membership stronger, to train stewards and health and safety committee activists, and to work for better laws for workers and their families.

Because unions get their funds only from their members, there are no divided loyalties. Unions stand up for their members - the people who pay all the bills. Yes, unions can cooperate with governments and employers, but where their members' interests are at stake, unions side with their members. In no union is this more true than in UFCW Canada. For example, in order to protect its members' legal rights, UFCW Canada has gone to the Supreme Court of Canada several times - and won!

In terms of their positive impact on workers' lives and security, union dues are a good deal.
In UFCW Canada, union dues are paid to the local union to which the member belongs. Most of the dues stay in the local to fund activities such as servicing, representation, organizing, legal costs, education and so on. A small portion goes to the national union to fund activities and programs that benefit UFCW Canada members everywhere.

Each local union's dues are set in the local's bylaws, which can only be changed by a vote of the members – You!. In other words, UFCW Canada members set their own dues through democratic processes. All in all, your membership in our union will likely be the most democratic experience of your lifetime.

What about Strikes and Lockouts?

There is a difference between a strike and a lockout, although they are related. Both are also known as "work stoppages." A strike is a general withdrawal of services by the members of the union because they are not willing to accept the employer's offer for a collective agreement. Strikes can be over wages, pensions, health care benefits, seniority rights, health and safety conditions, job security and other issues.

Under the UFCW Canada constitution, a strike cannot happen unless the members vote, by secret ballot, to authorize the union to call a strike if necessary.

A lockout happens when an employer refuses to allow union members to come to work unless they agree with the employer's proposed collective agreement. A lockout is an attempt to force union workers to accept the employer's settlement terms, or to try to force the union to make substantial compromises in its position. Obviously, the workers do not get to vote on whether or not their employer locks them out.

In reality, there are very few strikes or lockouts in Canada. Over 95% of all negotiations end in a settlement without a work stoppage. Of those work stoppages that do happen, most last only a short time.

The following is a list of some of the sectors in which UFCW Canada members work: 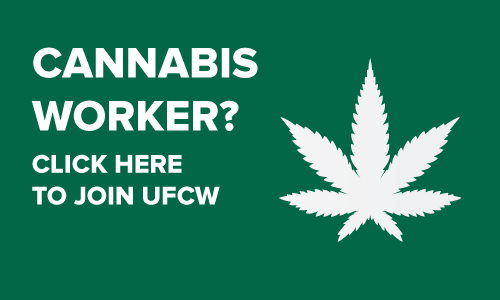 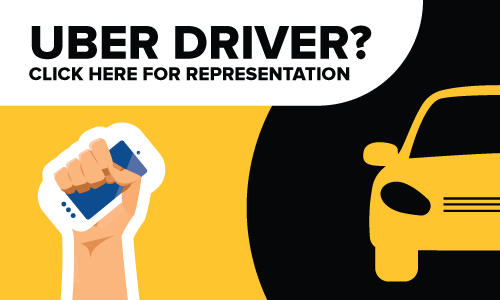