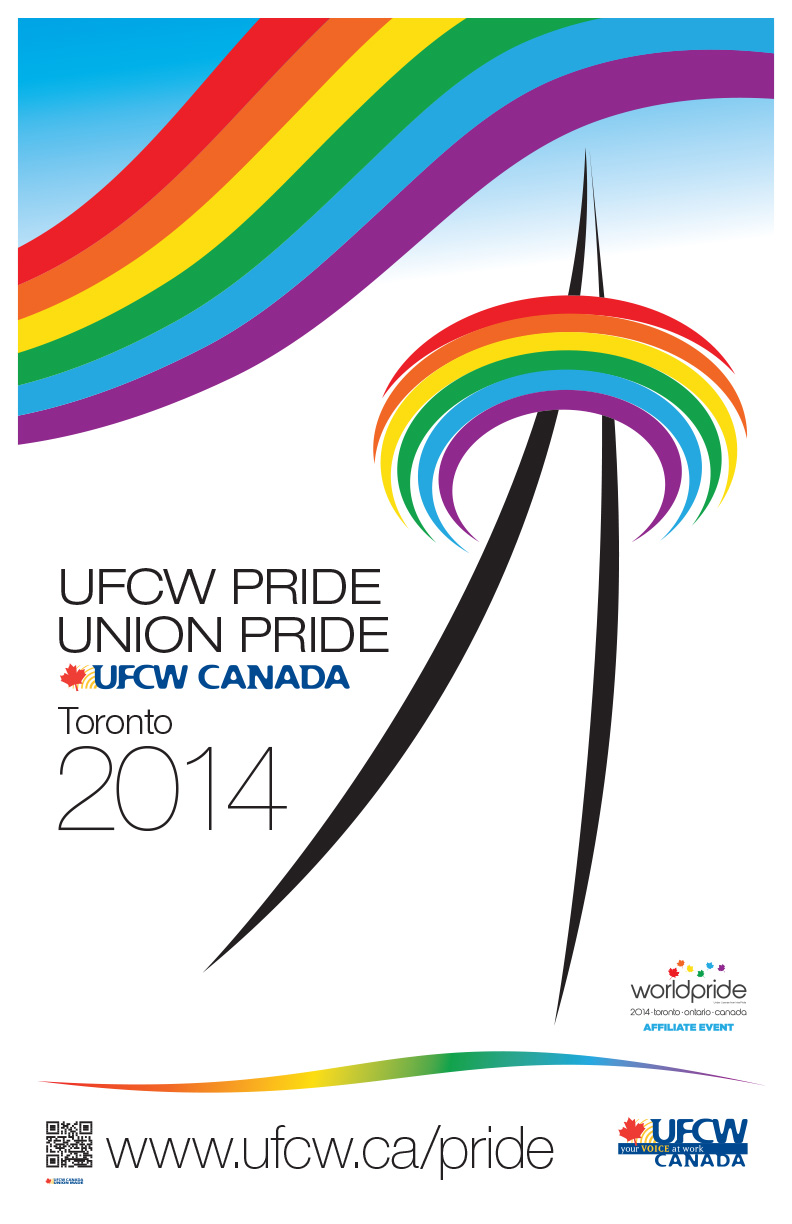 Toronto – June 5, 2014 – In 1962, Ontario’s Human Rights Code was enacted. As the first legislation of its kind in Canada, it protects individuals from discriminatory actions against them on protected grounds in protected social areas.

The Ontario Human Rights Commission (OHRC) has recently released a brochure on gender identity and gender expression. It cites gender identity as “each person’s internal and individual expression of gender. It is their sense of being a woman, man, both, neither, or anywhere along the gender spectrum.” The term Trans or Transgender is described as “an umbrella term referring to people with diverse gender expressions that differ from stereotypical gender norms.”

In light of the upcoming Toronto Pride week festivities, UFCW Canada encourages members, friends, families, and allies to walk the Trans March on June 27th at 7pm at the North Stage, located at the intersection of Church Street and Isabella Street in Toronto. As Canada’s most progressive union, UFCW Canada, Local Unions, and UFCW OUTreach members will be present at the March to show our solidarity with our Trans members at this important event.

In 2014, let's make UFCW history by participating in the Pride Parade, Dyke March, and Trans March at Toronto's international Pride festival. Also, be sure to check out our special UFCW Canada event on June 28th at the Sheraton Centre Hotel from 10am to 4pm.

This article is part of a six-part series showcasing some of the themes for World Pride Week 2014. For more information about the week and UFCW Canada's participation in the festival, visit www.ufcw.ca/pride.