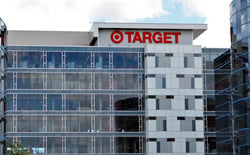 Toronto – March 8, 2014 – Less than two years ago, executives of American retail giant Target predicted they would take over Canada with competitive pricing and a trendy new shopping experience.  At the time, more than 20,000 retail workers across the country were thrown out of work following the company’s purchase of the Zellers chain. Yet Target partied there was no tomorrow, spending millions of dollars on advertising and lavish shin-digs in an effort to appeal to Canadian shoppers.

Today, many are wondering how the company’s expectations could have been so far off the mark. Target Canada incurred more than $600 million in operating losses in 2013 alone. Analysts anticipate the total loss of Canadian operations is now between $800 million and $900 million. Stores across Canada are consistently out of stock and many shelves remain notably empty. The company’s marketing strategy is falling flat with Canadians and Walmart is beating Target in the price point battle.

The question that remains in the minds of many Canadians is: why did Target think it could close 124 Zellers stores, fire the staff, hire new employees and successfully reopen with such rapid fire bravado? Target executives south of the border were clearly unaware of Canadian sentiments, even ignorant that the loss of so many retail jobs would not be taken lightly.

The vast majority of new jobs at Target stores in Canada are low wage, part-time, with little or no appreciation for an employee’s skills and experience. Target’s promise to be better and different than Walmart has failed to bear fruit. The company’s performance continues to disappoint Canadians of all walks of life.

Our communities and our workers deserve better. UFCW Canada has continuously held Target accountable for their actions, fighting for former Zellers workers and Target employees alike. Canada’s leading union for retail workers knows that the success or failure of Target depends on the company’s willingness to provide decent jobs for our communities. UFCW Canada demands that Target executives finally start listening to Canadians and recognize the value of good retail work.