UFCW Minority Coalition honours UFCW 175 as “Local of the Year” 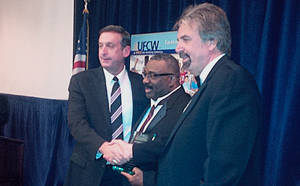 “Since 2006, Local 175 has been a pioneer on diversity, inclusion and community outreach initiatives such as the Community Action Network, and works towards reflecting its diverse membership in the languages and faces of its' staff," says Paul Meinema, president of the UFCW Canada National Council.

As a UFCW Constituency Group in the United States, the UFCW Minority Coalition develops and promotes diversity and inclusion within the labour movement. With the strong support of International President Joe Hansen and UFCW Canada National Council, the Coalition also provides support to UFCW community and labour organizing efforts on social justice and human rights issues. Community groups have been vigorous advocates of equality and have worked closely with the Labour movement towards achieving this goal.

"Throughout the years, the Minority Coalition has been at the forefront of creating strong relationships with diverse groups of working people and has been committed to utilizing those relationships to fight for worker rights and human dignity," says Naveen Mehta, UFCW Canada's General Counsel and Director of Human Rights.

More than 350 people from across the United States and Canada, including staff and members of UFCW Canada Locals 1000A, 175, 1993, and the National Office were on hand.