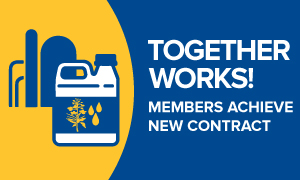 “The ratification of this contract proves that our members thought carefully about the offer on the table and demonstrates the necessity of democracy and transparency in negotiations,” says UFCW 401 Executive Director Chris O’Halloran. “The overwhelming rejection of the company’s initial offer should put them on notice that while we were able to get a deal this time; they need to do better right off the bat in future rounds of bargaining.”

Members ratified the new contract with sixty-five percent support after eighty percent rejected the initial offer. The second settlement offer pushed increases up by 1.75 percent and will see wages go up by at least 2.5 percent in every year of the five-year retroactive deal.

Pension contributions will also see an increase of at least 95 cents between 2022 and 2024, with retroactive wage increases applied from 2019. To read more about the collective bargaining victory at Richardson Oilseed, click here.