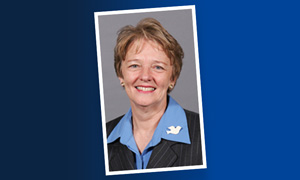 Ottawa – February 4, 2022 – UFCW Canada is saddened by the passing of Alexa McDonough. Alexa was a true trailblazer for women in politics who was never afraid to stand on her principles, even when it was unpopular to do so. She dedicated her life to social justice, championed women in politics and never backed down from a challenge.

Alexa was the first woman to lead a major political party in Canada, when she was elected leader of the Nova Scotia NDP in 1980. In 1981, she won a seat in the provincial legislature and was the only female MLA, having to face the misogyny of 51 male MLA’s. Shamefully, at that time the Nova Scotia legislature did not even have women washrooms. Alexa revived the NDP in the province and began to lay the groundwork that would eventually lead to the first NDP government of Nova Scotia.

The 1993 federal election saw dismal results for the NDP. They were reduced to nine seats when twelve were needed for party status in the House of Commons. To the surprise of many Alexa threw her hat into the ring for the leadership of the federal party in 1995. Considered the underdog running against the two perceived front-runners and two of the federal party’s most seasoned MPs, Alexa won a surprise victory.

In the 1995 election, Alexa won the seat of Halifax, a first for the NDP, and saw the party win 21 seats putting it back on the federal landscape. Alexa had her work cut out for her. The country had moved far to the right over the eleven-year rule of the Brian Mulroney conservatives, and then by a deficit and debt obsessed Liberal government lead by Jean Chretien and then Minister of Finance Paul Martin. Chretien and Martin’s federal budget in 1995 instituted the deepest cuts to social programs and cultural and environmental spending since the Second World War. Alexa and the NDP caucus were the only political voices in the country pushing back against that austerity agenda.

Alexa was never afraid to take an unpopular position. Following the September 11 terror attacks, Alexa showed great courage fighting back against the hate and discrimination faced by Muslims in Western countries. In a famous speech she said: “We need Canadians to know that Osama is a Canadian name, that Mohammed is a Canadian name and that worshipping in a mosque is a Canadian tradition.”

When Canadian citizen Maher Arar was arrested by American authorities, labelled a terrorist, and sent to Syria where he suffered torture, Alexa took the unpopular position at the time and defended Arar’s rights as a Canadian citizen demanding Chretien’s Liberal government return him to Canada. It was Alexa’s effort to get Arar’s wife, Monia Mazigh to appear before the House of Commons foreign affairs committee and Monia’s testimony that turned the tide in favour of pressuring the federal government to bring Arar home.

Alexa’s greatest legacy may have been her work and desire for more women to engage in politics, and the work she did to mentor them on the way. She was a rare politician who will be greatly missed.