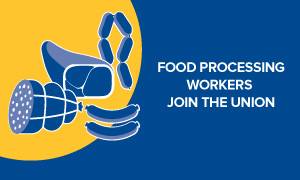 “Our union’s longstanding history of bargaining with Maple Leaf Foods means these workers are starting with a sophisticated contract that includes competitive wages and benefits,” says UFCW 832 President Jeff Traeger. “We look forward to working with these new members to improve their working lives in the years ahead.”

Alongside the Maple Leaf Foods Lagimodiere plant the Paquin Road facility will be the company’s second set of operations in Manitoba employing 90 members in the initial phase with planned expansion well into 2023.