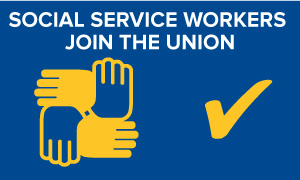 Winnipeg – September 16, 2021 – Workers at the Immigrant and Refugee Community Organization of Manitoba (IRCOM) are the newest members of UFCW Local 832 after recently saying “Yes!” to joining the union.

The new members at IRCOM work hard to assist and support newcomers to Canada. Their work includes a wide variety of services, including transitional housing, English as an additional language, access to community services, childcare, and how to navigate provincial and federal social services.

In November of last year, workers at IRCOM reached out to UFCW 832 to start a conversation about joining the union. Having tried unsuccessfully to join a union in the past, everyone already had an idea of what was necessary. With the additional challenges of COVID-19, these workers were able to band together and vote Yes to their new union!

It is not uncommon for workplaces like IRCOM to unionize. Oftentimes in industries centred around caring for others, the quality of life of workers is considered a low priority by employers.

“I want to congratulate and welcome the new members at IRCOM,” says UFCW 832 Organizing Co-ordinator Loreto Gutierrez. “I am so glad that we will be able to support these workers, so that they can focus on their important role of supporting newcomers to Canada.”

To read more about the union victory at IRCOM, click here.