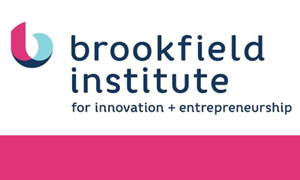 Toronto – June 3, 2021 – The Brookfield Institute for Innovation + Entrepreneurship (BII+E) recently released its first of three reports that focus on Ontario’s grocery sector and include national insights about the $100 billion industry, as well as the latest e-commerce data and labour market trends. These reports are part of a series dedicated to identifying job pathways for Canadian workers in industries being disrupted by new technologies.

The first installment of the BII+E research is called Shake-up in Aisle 21 – Disruption, Change and Opportunity in Ontario’s Grocery Sector. The reportwas developed in partnership with UFCW Canada through the Government of Ontario’s Job Pathways project. The findings of Shake-up in Aisle 21 are based on interviews with industry insiders, industry publications, and labour market and census data.

Key trends explored in the report include:

From a labour standpoint, the report finds that demand for cashiers and clerks in Ontario grew significantly between 2006 and 2016, and that this growth trend is expected to continue in the years to come. At the same time, roles are changing with technological innovation and with the rise of “gig” platforms like Instacart – fuelled by a 700 percent increase in online sales over the course of the pandemic.

While UFCW Canada Local Unions have been successful in negotiating more full-time roles for members, the report also notes that – on a sector wide basis – there was a drop of 15% in full-time positions from 2006 to 2016.

Shake-up in Aisle 21 also points out the high level of talent that currently exists in the sector while suggesting that more effort needs to be done in making sure people are fully aware of opportunities and have the needed supports to pursue career pathways in high-demand fields.

The report notes that butchers and meat-cutters in demand fields, with employers reporting difficulty filling these roles. This trend reflects similar labour market challenges currently experienced at the industrial level, which webCampus is helping to address with the Butcher Pre-Apprenticeship program that was launched last year.

BII+E’s second report on the grocery sector, expected later this year, will build on these findings by applying the Job Pathways Model to the sector, like it did for the auto sector in the report Lost and Found: Pathways from disruption to employment.

In the meantime, download the full Shake-up in Aisle 21 report by visiting The Brookfield Institute for Innovation + Entrepreneurship.