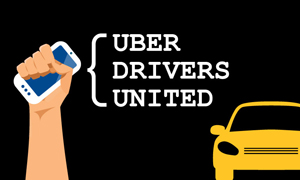 Toronto – February 23, 2021 – The UK Supreme Court handed down its decision on Friday that rules Uber drivers are employees and not self-employed as the company has tried to argue for years before lower courts.

“The decision reached by the UK Supreme Court is the right one and jurisdictions around the world need to take notice,” says Paul Meinema, UFCW Canada National President. “Gig workers are kept stranded from the rights and protections they deserve as employees as legislation fails to keep pace with a rapidly changing employment landscape. This needs to change.”

The decision of the UK Supreme Court should set the precedent for international norms as it applies to the gig-economy. For decades, platform employers have been using technology to undermine workers’ rights to fair and decent employment. This means access to minimum standards and statutory benefits like pension and EI but most importantly the right to join a union.

“The basis for the ruling in the UK is the same issue before the Ontario Labour Relations Board (OLRB) today,” says Pablo Godoy, UFCW Canada National Coordinator of Gig and Platform Initiatives. “We maintain drivers are not self-employed but are indeed employees of Uber and as such should have the right to unionize.”