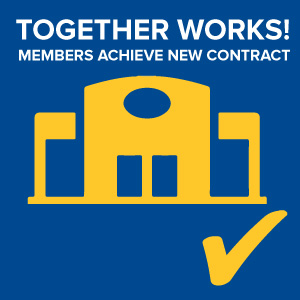 Negotiations with Rivlin Medical Group began in February and focused on securing strong anti-harassment language and respect in the workplace – two major concerns that were raised by the membership during the organizing drive and contract proposal meeting.

Under their new union contact, members at Rivlin will enjoy the following improvements:

Based in Hamilton, Ontario, UFCW Canada Local 102 represents over 5,000 members working in the hotel, hospitality, and service industries, as well as other sectors of the economy. To learn more about UFCW Local 102 and its outstanding work, visit the Local Union’s website.