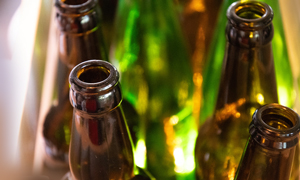 Ontario’s most successful recycling program is at risk because Doug Ford’s Conservative government is considering allowing producers of alcoholic beverages to opt-out of the ODRP and instead collect their materials through the province’s Blue Box program. This would be a major mistake that could potentially damage the environment and lead to fewer alcohol containers being reused and recycled in Ontario.

Last year, 97 per cent of all refillable beer bottles sold in Ontario were returned to The Beer Store. And those bottles were reused an average of 15 times before being recycled!

Eliminating the ODRP makes no sense at all. And that is why we need to tell the province that the program needs to be maintained for years to come.

You can take action and help support UFCW 12R24 members at The Beer Store by sending a letter to Ontario Premier Doug Ford and Environment Minister Jeff Yurek urging them to save Ontario’s deposit return program for beer, wine, and liquor containers.