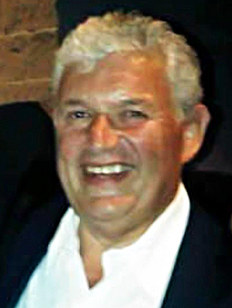 Toronto – February 20, 2013 – Husband, father, grandfather, son and UFCW Canada brother Paul Magee passed away on February 17, 2013 in Toronto, after a courageous battle with lymphoma.  Brother Magee was born in Toronto, March 18, 1951 to Gilda Magee (Mulholland) and the late Robert Magee.  He was a loving husband to Teresa Magee, and a loving father to his three cherished children; Dustin, Casey and Sabrina.

He will also be dearly missed by numerous friends and colleagues from his years with UFCW Canada, from which he retired in 2005.

Brother Magee's life-long commitment to the labour movement began in the 1970s while working for The Beer Store in the company’s main distribution centre in Toronto. A proud member of the former Brewery Workers Union, Paul served his coworkers in a number of activist roles including steward, organizer, and President of Local 326W.

Brother Magee was very active in the merger effort between UFCW Canada and the Brewery Workers by helping the two memberships to create a stronger, more unified voice in 1986.

Earning the respect and confidence of former UFCW Canada National Director Cliff Evans, Brother Magee was hired by the national office in 1988 to represent the membership in the Atlantic Region during the “fish wars” with the Canadian Auto Workers.

Brother Magee returned to Ontario in 1993 to serve as the point for various collective bargaining efforts, workers compensation cases, and major work stoppages like the Miracle Food Mart strike.

In 1999, Paul was named Special Assistant to the National Director, and in supporting former UFCW Canada leader Mike Fraser, oversaw the union’s efforts in Ontario, including the early days of the Walmart campaign.

“Paul was a big guy, with a big personality, and a big heart for working people and UFCW Canada members in particular,” says UFCW Canada National President Wayne Hanley. “With Paul’s passing, we have lost a special member of our union family, and we join the Magees in celebrating Paul’s life and in mourning the loss of a dear brother and friend.”

In 2013, Brother Magee was awarded the very rare and prestigious honour of Lifetime Membership by UFCW Canada Local 1993 for his outstanding service to the union, and lifelong commitment to the labour movement and the principles of social justice.