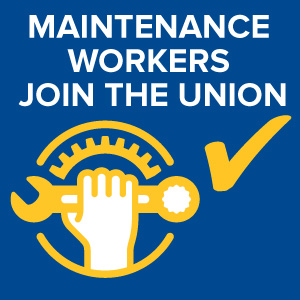 Winnipeg – December 3, 2019 – Maintenance workers at Dunn-Rite Food Products in Winnipeg are the newest members of UFCW Local 832 after saying “Yes!” to joining the union.

The new members maintain equipment and ensure production lines are running correctly at their food processing plant. Without these workers, the plant would not be able to operate.

UFCW 832 Organizer Mike Howden was approached by workers after they witnessed the improvements that other UFCW members were gaining on the production side of the plant, and they wanted to have a strong unified voice to stand up to management and improve their working conditions.

“Congratulations to the new members at Dunn-Rite,” says Jeff Traeger, President of UFCW Local 832. “We are proud to welcome you to the UFCW family and we will be holding proposal meetings shortly so we can begin to work towards a first contract,” he adds.

Most of the employees at Dunn-Rite are already unionized with UFCW Local 832. The maintenance department was one of the few remaining departments that was not included in the main contract.