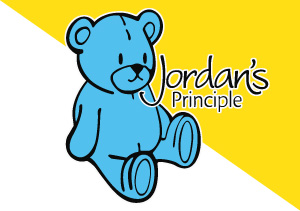 Jordan’s Principle holds that, in light of severe inequities between Indigenous and non-Indigenous children in Canada, First Nations children should have access to the health, social, and educational services they need, when they need them.

In its order, the CHRT says “Canada’s conduct was wilful and reckless, resulting in what we have referred to as a worst-case scenario under (the law).”

The order follows a sustained, years-long campaign by the First Nations Child & Family Caring Society and the Assembly of First Nations. Prior to this order, the CHRT ruled in 2016 that Canada had discriminated against First Nations children by providing inequitable treatment in everything from education funding formulas to health and well-being measures to service delivery. However, instead of acknowledging its neglect, the government appealed the decision.

Now, the CHRT has issued $40,000 compensation orders to be paid out to each individual child who was subjected to the inequitable implementation of Jordan’s Principle in Canada. This includes compensation to parents and grandparents who were also affected by the government’s discriminatory practices.

“UFCW welcomes the Canadian Human Rights Tribunal’s compensation order concerning the government’s implementation of Jordan’s Principle,” says UFCW Canada National Representative Emmanuelle Lopez. “Our union also applauds the Caring Society for their tireless work in achieving this victory and their dedication to ensuring that First Nations children receive the dignity, respect, and services that all other children are afforded.”

To learn more about the CHRT’s compensation order, click here.

As Canada’s leading union, UFCW is committed to achieving Indigenous justice and advancing Indigenous rights in Canada. To learn more about our work in this area here, and to find out how you can advance Reconciliation in your workplace and community, visit UFCW Canada’s Reconciliation webpage.