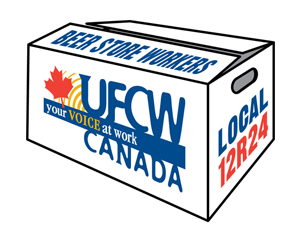 The bill introduced in the Ontario Legislature this week to cancel the contract would cost 7,000 jobs and billions in taxpayer dollars just so corner stores can sell beer.

“I’ve never seen anything like this in my career as a union representative,” said President John Nock. “We have a government that is now introducing legislation for the sole purpose of destroying the livelihood of over 7,000 Beer Store employees in communities large and small across Ontario and wasting taxpayers’ money.”

The Master Framework Agreement signed in 2015 modernized the beer retail model to expand sales to 450 grocery stores along with The Beer Store, in order to maintain Ontario’s pre-tax beer prices as among the lowest in Canada and protect good-paying jobs. It was intended to provide a stable business environment for brewers, retailers and workers for 10 years.

“Doug Ford promised no one would lose their jobs as a result of his policies,” says President Nock. “And now he’s cancelling contracts, creating chaos and kicking good jobs to the curb.  We will fight this government and this Premier to keep our jobs and to save the taxpayers the billions Ford is willing to pay to put beer in corner stores.”