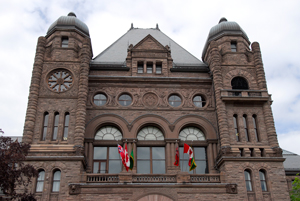 Toronto– October 24, 2018 – The plan by the Ontario Ford Conservative government to repeal recent workplace gains for millions of Ontario workers, “will harm vulnerable workers and be hurtful to everyday hardworking men, women and their families,” says Paul Meinema, the national president of UFCW Canada (United Food and Commercial Workers union).

“The Ford government’s Open for Business Act shuts down fairness for working families and claws back the rights and hopes of workers to a decent life and future.”

On Tuesday, the government introduced legislation, that if passed, would directly impact some of the province’s most vulnerable workers by freezing the minimum wage; would get rid of equal pay for equal work provisions for part-time and contract workers to receive the same pay as fulltime workers doing the same job; and would claw back two paid sick days, as well as two additional unpaid leave days provided all Ontario workers under previous legislation.

“The Open for Business Act makes it clear that the Ford government is wide open to profits before people, while closed to the reality of millions of Ontario workers and families struggling to get by,” says the UFCW Canada leader. “This agenda will not only weaken the community but also the economy.”

The proposed legislation would also undo the former provincial government’s recent changes to the Labour Relations Act which made joining a union more accessible for Ontario workers looking to form a union and bargain a collective agreement. Other protections would also be revoked that would have protected workers from short-notice shift changes or cancellations.

“Workplace fairness and good decent-paying stable jobs are the backbone of a strong economy, strong families, and a strong province,” says Meinema. “Ontario’s Open for Business Act would move the province and Ontarians in the opposite direction.”