UFCW 1252 serves up strong gains for hospitality members in Newfoundland 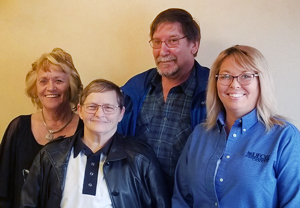 The Mount Peyton Resort & Conference Centre is a full-service hotel that offers accommodations and amenities for groups of all sizes. UFCW 1252 make this successful resort possible by working hard in a number of roles, including cooks, bartenders, housekeepers, frontend staff, and maintenance.

UFCW 1252 also represents hospitality workers in Newfoundland at the Delta St. John’s, and the UFCW Eastern Province’s Council (EPC) represents hundreds of hotel and food service members at a number of landmark properties throughout the Atlantic Region, including the Delta Halifax, the Westin Nova Scotian, and the Lord Nelson Hotel & Suites.

To find out more about UFCW 1252 and the UFCW EPC and their outstanding work, check out epcufcw.ca.