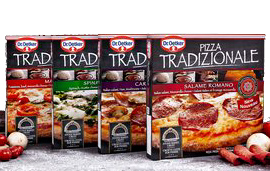 Workers at Dr. Oekter reached out to UFCW Canada Local 175 in January of this year to learn about the benefits of belonging to our Union. The campaign lasted five months and led to a victory in early May.

Members held their first proposal meeting on July 7. There are approximately 250 employees in the bargaining unit who work in a number of departments at the plant.

You can find the full story and more about UFCW Canada Local 175 here.