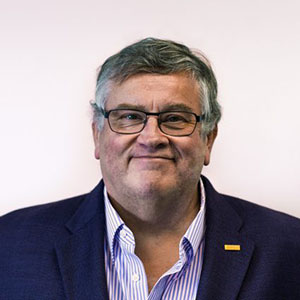 Victoria, B.C. – October 11, 2017 – UFCW Canada Local 1518 President Ivan Limpright has been appointed as the labour force representative for British Columbia’s newly-established Fair Wages Commission, which is tasked with putting forward a plan to raise the province’s minimum wage to $15 an hour.

B.C. Minister of Labour Harry Bains launched the commission on October 5 as part of the NDP government’s strategy to “lift up” low-income workers in the province. Professor and economist Marjorie Griffin Cohen will oversee the work of the commission as chair, with President Limpright and Ken Peacock serving as members.

In addition to advising the government on raises to the minimum wage, the commission will also be making recommendations around other wage rates under B.C.’s Employment Standards Regulation.

“As a Local Union we are very excited about the recent announcement that our President, Ivan Limpright, has been selected as the labour representative for the province’s Fair Wages Commission,” UFCW Canada Local 1518 said in a statement.

“This new commission will address the discrepancy between the minimum wage and a living wage, which is what people need to earn to properly make ends meet. As an influential labour leader, Ivan’s contribution to the commission will be to convey the concerns of working people. It is important that all UFCW members benefit from increases to the minimum wage. This is an exciting time, not only for working people, but for UFCW members. There’s a lot that we can achieve if we work together, and we look forward to hearing from members on this issue,” the statement adds.