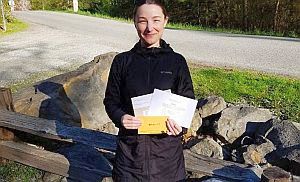 Vancouver Island, B.C. – June 9, 2017 – Workers at Island Pharmacy on Vancouver Island in British Columbia are the newest members of UFCW Canada Local 1518 after recently voting to join the union. Roughly 50 pharmacists, pharmacy technicians, pharmacy assistants, and point of sale (POS) receivers have joined more than 21,000 British Columbians who are currently represented by UFCW 1518, the union of choice for workers in the community health, professional, retail, and industrial sectors in B.C.

“This is a significant win for the workers at Island Pharmacy,” says UFCW Canada National Representative Keith Murdoch. But it wasn’t an easy win, he admits. “It was a long campaign with a number of hurdles to overcome. There’s one employer with nine different locations. It was a lot of work to get everyone on the same page and make an application.” There was a strong motivation to unionize, adds Murdoch, which made the organizing drive a success in the end. “There was a lot of concern over how employees were treated, and with workplace issues not being properly addressed.”

Employees like Katie Richardson, a pharmacy assistant compounder, were tired of seeing long-time colleagues quit because of poor treatment. Richardson became a driving force behind the organizing campaign and helped ensure its success. “We needed to make some positive changes to our work environment,” recalls Richardson. “We were needlessly losing amazing long-term staff because they quit or were fired. There were many others who had one foot out the door but chose to stay because they genuinely care about their colleagues and patients.”

Arbitrary terminations helped start a conversation about the need for job security and protection. And the employer’s failure to pay overtime caused UFCW 1518 to file a third party complaint under the B.C. Employment Standards Act.

“The employer was breaking basic labour law but there was so much fear about losing jobs that people tolerated the violations,” says Murdoch. “Despite raising their concerns, the overtime issue was never resolved until the union came along. We filed our complaint and a few weeks later, employees started receiving overtime pay for the first time.”

Murdoch expects negotiations to begin soon, with wages and benefits being the focal point. “These workers have been through a lot. But now they have a union. And we’re going to start fixing the problems that they’re facing.”