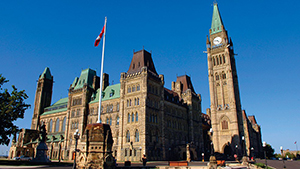 Toronto – November 1, 2016 – UFCW Canada welcomes the federal government’s support of a New Democratic Party motion that calls on the Liberals to comply with the Canadian Human Rights Tribunal (CHRT) ruling ordering the government to stop discriminating against First Nations children in its delivery of child welfare services.

“We commend Prime Minister Trudeau, Minister Bennett, and the federal government on their decision to support this important motion. It is undoubtedly the right step as children only have one childhood,” says UFCW Canada National President Paul Meinema.

In response, NDP MP Charlie Angus introduced a motion in the House of Commons on October 27 calling on the government to comply with the tribunal’s ruling. The motion required new funding for the delivery of First Nations child welfare; establishing a plan that would end the consistent funding shortfalls for these services; implementing the full definition of Jordan's Principle as outlined in a resolution passed by the House nine years ago; fully complying with all orders made by the tribunal and committing ending litigation with Indigenous families in court; and making public all documents related to the overhaul of child welfare and acting on Jordan's Principle. MPs voted on the motion on Tuesday, which passed with the Liberal government’s support.

“Over the next few days we will be looking to the federal government to show further leadership by taking bold steps towards full implementation of the CHRT decision,” says Brother Meinema. “We will also continue to work with Cindy Blackstock and the FNCFCS towards genuine Reconciliation and making discrimination against First Nations children an antiquated public policy of a bygone era.”

Through its national partnership with the FNCFCS, UFCW Canada engages in a number of initiatives aimed at implementing the recommendations of the Truth and Reconciliation Commission of Canada. Over the past several years, UFCW Canada has worked with the Caring Society to support equity for First Nations children through the Shannen's Dream, Jordan's Principle, and I Am a Witness campaigns.