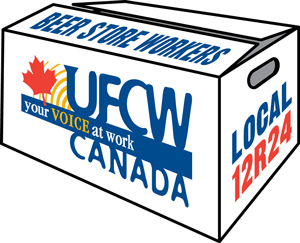 As part of the new contract, the members have secured full-time and permanent part-time job guarantees, seniority-based scheduling, and major improvements to their benefits.

“This contract is a significant win for the membership, as we managed to negotiate numerous improvements to working conditions,” says Rob Edwards, the President of UFCW Canada Local 12R24. “Members will enjoy fair scheduling and better benefits, and will also be able to make long-term plans now that they have access to full-time and permanent work,” Edwards adds.

UFCW Canada Local 12R24 represents over 6,000 employees working at The Beer Store in the province of Ontario.