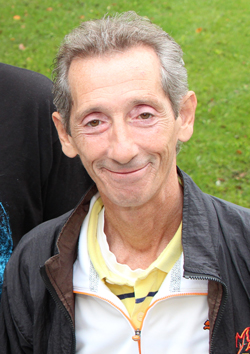 Vaughan, Ont. – July 14, 2016 – It is with great sadness that we report that Tony Agostini, a beloved union representative with UFCW Canada Local 1006A, has passed away.

Tony was part of the UFCW Canada family for more than 36 years. He was a kind-hearted and family-oriented man who was well-respected by all those who knew him. He was an exceptional union representative who dedicated his life to the membership of Local 1006A and to making life better for others.

“I don’t look at [being a union rep] as work, but something I enjoy doing,” Tony said in a profile published in the Local’s Connections magazine in 2011. "It’s gratifying at the end of the day when you are able to help someone out. I also like the people I work with; it’s an extended family in here.” He was driven by the fact that, every day, he got to help people who feel abandoned, scared, or unable to speak up for themselves.

Tony started in 1978 as a general warehouse person at a Loblaw-leased warehouse, Associated Freezers. He then moved to the company’s Erin Mills Distribution Centre in the 1980s.

A long-time union supporter, he became a steward in the early 1990s after he saw management taking advantage of co-workers at the warehouse.

In the following years, Tony was elected to serve as vice-president and president of UFCW Canada Local 1000A’s warehouse division, and as a member of the local union's executive board.

In 2003, he became a Special Project Union Representative (SPUR) and was hired as a union representative in 2005.

“Tony, you were an incredible brother and friend to the staff and members at the local union,” says UFCW Canada Local 1006A President Wayne Hanley. “We will miss you greatly and hold you close to our hearts always. Rest in peace, brother.”