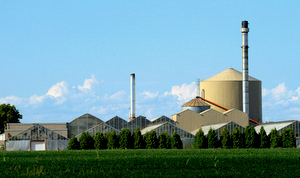 Toronto – June 30, 2016 – This week marks the tenth anniversary of a UFCW Canada campaign that won coverage under the Occupational Health and Safety Act (OHSA) for agriculture workers in Ontario.

More than 80,000 workers are employed in the agriculture sector, but up until 2006 they were specifically excluded from OHSA coverage. But a decade-long UFCW Canada campaign and legal action directly resulted in Ontario moving to extend OHSA to agriculture workers on June 30, 2006.

In the province, everyone else had had OHSA coverage for 26 years, before the UFCW Canada campaign resulted in the OHSA being granted to domestic and migrant workers in all sectors of agriculture.

“It was a great victory for the thousands of men and women in Ontario who work in the sector”, says Stan Raper, the national co-ordinator of the Agriculture Workers Alliance (AWA). In association with UFCW Canada, the AWA operates agriculture workers support centres across Canada, including three in Ontario. “The 2006 legislation was a step in the right direction,” says Raper, “and a positive action by the government. The next step would be the development of specific regulations to enhance the general guidelines that were put in place 10 years ago, to address the health and safety risks particular to the agriculture industry.”

More than 80,000 workers in Ontario are employed in the agriculture industry including dairy, beef, poultry and pork production; in greenhouses, nurseries, orchards, field crop operations and other agriculture operations.