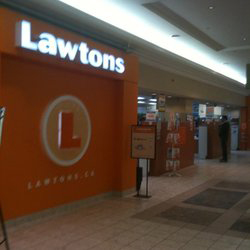 Halifax – January 30, 2016 – UFCW Canada Local 864 has successfully defeated a motion by Lawtons Drugs for an interim injunction to prevent the Nova Scotia Labour Board (NLSB) from issuing reasons for a decision it made in March 2015.

Local 864 certified the Lawtons Drugs store at Scotia Square mall in downtown Halifax in June 2014. Lawtons Drugs operates a chain of over 80 drugstores and healthcare supply stores across Atlantic Canada. The chain is owned by Sobeys. The Local 864 bargaining unit was the first-ever Lawtons retail location to be organized.

The NLSB found the collective bargaining process had been unsuccessful because Lawtons had "adopted uncompromising positions with respect to the negotiation of wages, and holidays and other leaves, without reasonable justification." The board issued this as a bottom-line decision with further reasons to follow.

The NLSB directed Lawtons to resume collective bargaining with Local 864 with the help of a conciliator. Local 864 was then able to reach a first collective agreement that was ratified by the members.

Since then, Lawtons has been trying to get the court to stop the NLSB from issuing the reasons for its bottom-line decision against Lawtons. In a decision released on January 13, 2016, the Nova Scotia Supreme Court dismissed the Lawtons motion for an interim injunction, so the labour board is now free to issue its reasons.