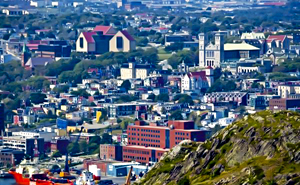 The province of Newfoundland and Labrador has joined Manitoba, New Brunswick, Prince Edward Island, and Quebec in establishing a card-based certification system that provides for automatic union certification where a majority of employees in a bargaining unit sign a union membership card.

Bill 37, An Act To Amend The Labour Relations Act, recognizes a union as the official bargaining agent of a workplace if 65 percent of employees sign membership cards. If the union cannot meet this threshold, a certification vote is held.

The new system is part of a series of amendments that the provincial government has enacted to maintain "a positive labour relations climate." The amendments are based on recommendations that were put forward in three reviews assessing Newfoundland and Labrador's labour relations framework. The government gathered input from labour organizations and employers in conducting the reviews.

"Although our union would have preferred a 50 percent card sign-up threshold for certification, we commend the Government of Newfoundland and Labrador for abandoning its compulsory secret ballot system," says UFCW Canada National President Wayne Hanley. "The secret ballot system favours employers by providing them with an opportunity to intimidate their employees into voting against the union," Hanley adds. "This new system, while not perfect, will allow workers to freely exercise their right to join a union. We urge other provinces to follow Newfoundland and Labrador's lead by embracing card-based certification."