By the Numbers: Hunger in the World

Hunger remains the world’s number one health risk. It kills more people than the planet’s most devastating diseases – such as, AIDS, malaria and tuberculosis – combined. 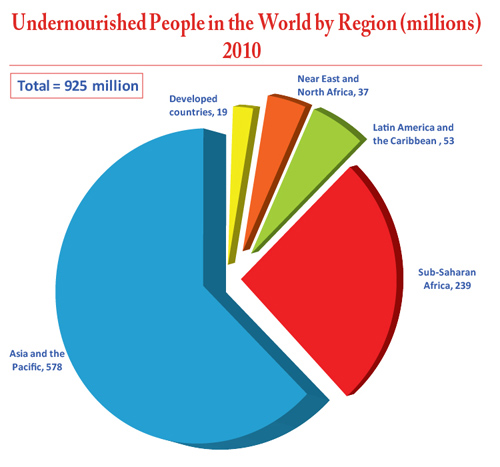 While most people in Western countries do not know hunger as "ceaseless discomfort, weakness, and pain", poverty knows no boundaries and it afflicts people in both developed and developing nations.