New poll reveals majority expects to be working past 65 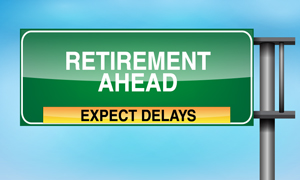 Toronto – March 17, 2015 – A new poll reveals that there are more Canadians who expect to be working past the age of 65 than those who expect to be retired, with many citing inadequate government pension benefits as the reason.

The poll, reported that about 60 per cent of respondents anticipated they would be working either full or part-time when they reach the age of 65, compared to 27 per cent who plan on being fully retired by that age.

One of the top reasons given by those polled as to why they would still be working was, “a lack of confidence in adequate government benefits”.

Part of the reason that many Canadians believe they will be working into their retirement years is due to Harper government’s continued assault on the social safety net. Under Harper, the eligibility age for Old Age Security was increased from 65 to 67 years.

The Harper government has also refused calls to increase Canada Pension Plan benefits, which would ensure that future generations of Canadians would be able to retire with dignity and economic security.

Many respondents to the poll also reported they were “unsure about their ability to achieve their financial goals”, including having enough current disposable income to contribute to RRSPs to supplement their retirement income.