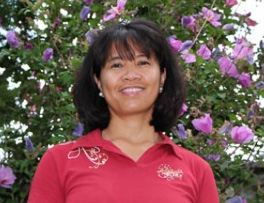 Toronto – October 27, 2014 – Former Kretschmar packer and UFCW Canada Local 1000A member Chit Medina is thankful for the difference that the union has made in her life.

After four years of working at the Toronto-based meat processing company, Chit was left with excruciating pain in her shoulder, back, neck, and lower back that left her unable to work. Her job, which involved extensive heavy lifting and repetitive work, had taken its toll.

“I couldn’t take it anymore,” she says.

Unlike workers at non-unionized workplaces, Sister Medina did not have to seek justice on her own. For years, UFCW Canada Local 1000A fought long and hard on her behalf at the Workers’ Safety and Insurance Board (WSIB) — the authority that administers the workers’ compensation system in Ontario.

Dealing with WSIB was an incredibly stressful and lengthy process, Medina says, adding that the agency rejected her claims multiple times. This year, Medina finally prevailed. Thanks to UFCW Canada Local 1000A, WSIB has accepted one of her claims and is now providing Medina with compensation. One last claim is still outstanding.

“I am so relieved,” says Sister Medina. “For all of the years that I suffered, I finally got an answer.”

“In  some cases, it takes a long time to work appeals through the WSIB, but Local 1000A members know that their union is here to help and we are in it for the long haul,” says Pearl Sawyer, President of UFCW Canada Local 1000A.

“I feel better psychologically, and so happy my union was there to help me,” says Sister Medina. “I want other workers to know we have rights if we get injured.”