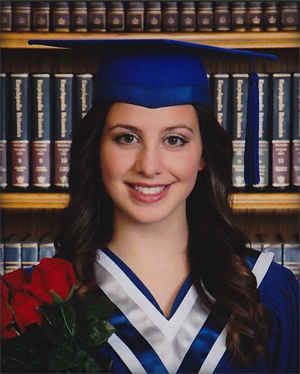 Monica Gobbo, daughter of UFCW Canada Local 1518 member Walter Gobbo, has won the prestigious UFCW International Scholarship, which is awarded annually to eight UFCW members, or their dependents, across North America. The scholarship covers $8,000 in tuition fees over a period of four years.

Monica will be entering her first year of Engineering Science at Simon Fraser University this September, after which she plans to transfer to the University of British Columbia to complete a degree in Civil Engineering. Her motivations for pursuing engineering include her enjoyment of physics and other academic subjects relevant to the field.

Monica says the UFCW International Scholarship will help her achieve her goal of maintaining an above-average course load through four years of intense post-secondary study. By lessening the financial burden of her education, the scholarship will allow Ms. Gobbo to focus more intently on her studies. Monica is also an accomplished athlete, as her soccer team recently competed in the BC Soccer Provincial Championships.

"The UFCW stands for more than just improving our members' paycheques and benefits," says UFCW International President Joe Hansen. "Our union is about workers coming together to build better lives for themselves and to pursue opportunities. That's why each year the UFCW awards several scholarships to UFCW members and their unmarried dependents."