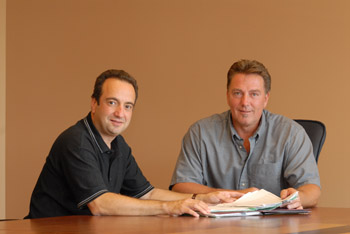 Over 300 retail workers in Quebec recently became some of UFCW Canada’s newest members thanks to the help of a new Local 500 organizing team.

Since the new organizing team first hit the ground running earlier this year, they have helped workers at three IGA stores and one Rona location to empower themselves and improve their lives through collective bargaining.

Local 500’s newest retail members work at IGA locations in Grenville, Ste-Agathe-des-Monts and Rivière-Rouge, and at the Rona store in Repentigny. Rona is one of Canada’s leading home improvement retailers.

The new team is a direct result of Local 500’s full commitment to achieving standards for workers and their communities by doing everything it can to achieve the union’s 2018 Growth Target, which was unanimously embraced by delegates to the union’s Sixth Regular Convention two and a half years ago. As part of the UFCW’s pledge to double the membership by 2018, all local unions are required to dedicate 10% of their total resources to organizing initiatives.

“Our decision to focus our energies on organizing is key to our members’ future, and it’s making a real difference for the people who work in our core industries and beyond,” says President Filato, making reference to Local’s 500 full commitment to building on its well-earned reputation for organizing excellence.

“With the announcement of Walmart supercenters coming to Quebec, as well as the American retail giant Target, the need to focus our efforts on maintaining our strength in our core industries is more clear than ever. To remain a strong voice for our members, helping non-organized workers to exercise their rights is essential, and the new organizing team is proving to be a key part in doing that.”