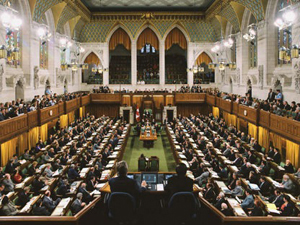 As the 2011 federal election rolls into its third week, most of us have repeatedly heard the politicians tell us what issues should be the most important to working families, but how many of those priorities are in sync with the things that matter most to UFCW Canada members and their communities.

Starting Monday, April 11, UFCW Canada members will have an opportunity to turn the tables by going to www.ufcw.ca/survey, where they can pinpoint the political issues that are top priorities for them, their future and everyday lives.

“The UFCW Canada Members’ Election Survey is a new way for the membership to make sure their concerns are heard, and to make sure our country’s political leaders know what matters to the people who make up Canada’s largest private-sector union,” says UFCW Canada National President Wayne Hanley.

“With 250,000 members from coast to coast, UFCW Canada represents a voice that political leaders want and need to hear, and this election is an excellent opportunity for UFCW Canada to demonstrate to those politicians that we are a force for positive political change, and that we represent a strong voice that cannot be ignored,” adds Brother Hanley.

In addition to having their voices heard through the UFCW Canada Members’ Election Survey, activists are encouraged to help make the difference in the federal election by contacting their local unions to support local pro-worker candidates.

To assist UFCW Canada members with their political action resources, the National Office is offering a set of election campaign resources, which are freely available at www.ufcw.ca/politicalaction.