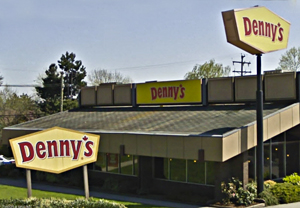 More than 50 Filipino migrant workers recruited to Canada under the Temporary Foreign Workers (TFW) program have filed a $10 million class action suit against Denny’s restaurants in British Columbia, charging the company did not live up to the employment contract the workers signed before they arrived from the Philippines. The suit was filed in the B.C. Supreme Court on January 7, on behalf of the Filipino migrant workers employed at Denny’s from 2006 until the present.

One of the lawyers representing the workers, Charles Gordon, alleges that “the workers came to Canada, mainly as cooks and servers, to take jobs at Denny’s Restaurants in B.C. but were required to pay approximately $6,000 each to an agency that was recruiting employees for the Defendants, and the workers have not received the hours of work, overtime pay, air travel and other conditions they were promised.”

“These workers were encouraged to come to Canada with a set of promises that have never been met – they have done their part but the Denny’s has not lived up to their end of the deal,” says Christopher Foy, another member of the legal team.

“The federal government’s Temporary Foreign Workers program continues to be a shameful treadmill that lures workers to Canada, and then leaves them defenseless and vulnerable,” says UFCW Canada National President Wayne Hanley. “The fact that the Denny’s workers have been forced to go to court is yet another blatant example of how the exploitive TFW program turns a blind eye to what happens to migrant  workers once they arrive in Canada.”