How big is Walmart?

With over $408 billion in revenue last year, Walmart is undisputedly the globe’s largest retailer and arguably the world’s largest corporation.

Walmart operates 8,000-plus stores worldwide with more than 3,000 situated in international markets that include Canada, Argentina, Brazil, Puerto Rico, Mexico, Japan, China, and the United Kingdom where the company is aggressively increasing its presence.

If Walmart was a country, and its sales were GDP, it would have a larger economy than Saudi Arabia, Ireland, Iran, Israel and 140 other countries, according to the International Monetary Fund. 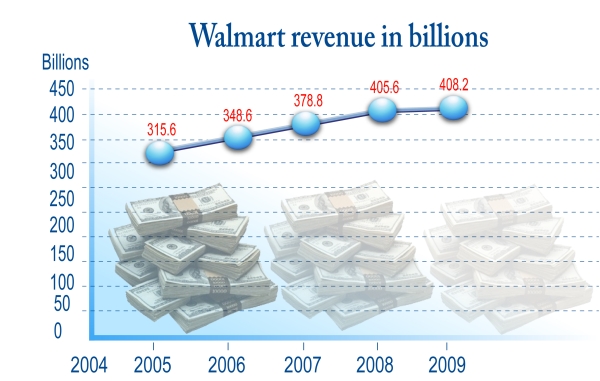 Who “competes” with Walmart?

According to a 2005 study, Walmart’s entry into a metropolitan area eliminates similar jobs that pay about 18% more than Walmart and decreases the average earnings of general merchandising workers by 0.5 to 0.8%. 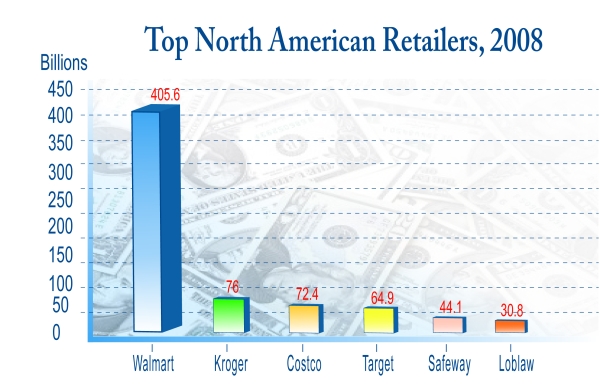 In 2009, the total compensation for Walmart’s CEO Mike Duke was an astonishing $19.2 million. But the average Walmart worker earned $20,774. Put another way, Mr. Duke was paid 900 times more than his “associates”.

Here’s an interesting visual: an American dollar bill is 0.004 inches thick, so if you stacked every dollar Mr. Duke “earned” in 2009, you would have a stack of greenbacks three and a half times the height of the CN Tower. 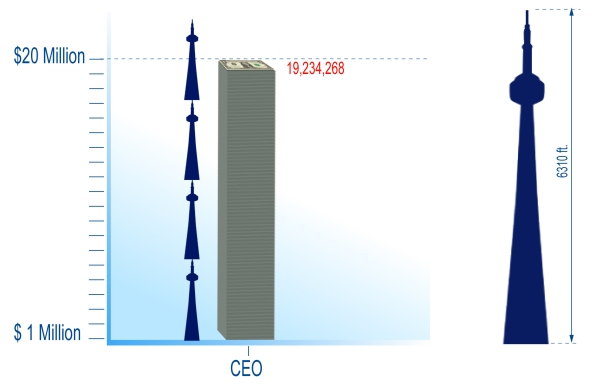