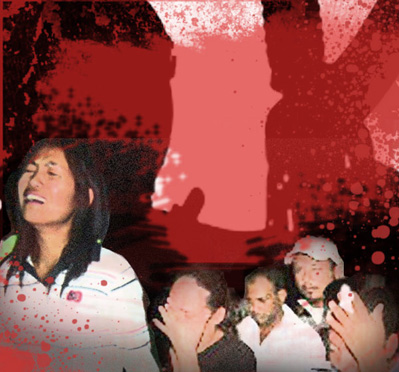 On August 24, 2010, the bodies of 72 migrants from Central and South America were found in San Fernando, Mexico, approximately 100 km south of the U.S. border.

The migrant workers included 58 men and 14 women.  All of them had been shot dead and piled in a room.  Three other workers managed to escape and inform police.  Government forces then raided the location of the massacre where a gun battle ensued with the further loss of life of one Mexican marine and three gunmen.

The massacre victims were from El Salvador, Honduras, Brazil and Ecuador.  According to survivors, the migrants were kidnapped by an organized crime cartel while they were on route to the Texas border, and then ordered to smuggle drugs into the USA.  When the migrants resisted, they were slaughtered.

The government has confirmed at least seven cases of cartels kidnapping migrant workers this year. Other groups including the National Human Rights Commission estimate that some 1,600 migrants are kidnapped in Mexico each month.

"UFCW Canada has a close relationship with many migrant workers and advocacy groups in Latin America. Our hearts and prayers go out to the families of the victims of this horrific act in San Fernando," says UFCW Canada National President Wayne Hanley.

"People should not have to put their lives in jeopardy to work in another country. Many of our sisters and brothers across Latin America risk their lives, and in some cases perish, in order to find employment in the Global North in countries such as Canada,” added Brother Hanley.

“Rather than offering an environment where their workplace and human rights are respected, our governments further torment them by failing to enact legislation to adequately protect them, and those laws that are in place to protect them are rarely enforced."