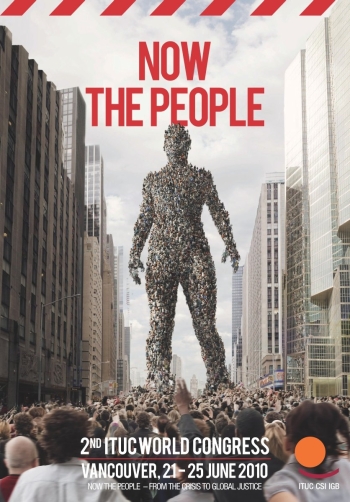 The Second World Congress of the International Trade Union Confederation (ITUC) is being held in Vancouver from June 21 to 25, with more than one thousand delegates from labour organizations around the world representing 176 million workers.

In addition to attending the World Congress, which is called “Now the People – From Crisis to Global Justice”, UFCW Canada activists are staffing an information booth at the global convention to raise awareness about the union’s national campaigns, including the Agriculture Workers Alliance and Walmart Workers Canada programs, which also have strong international overtones.

As G20 leaders meet in Toronto, delegates to the Vancouver-hosted World Congress are focusing on the fallout of the global economic crisis and the devastated lives of the 34 million workers who lost their jobs since the crisis began.

For more information on the ITUC World Conference in Vancouver, click here.