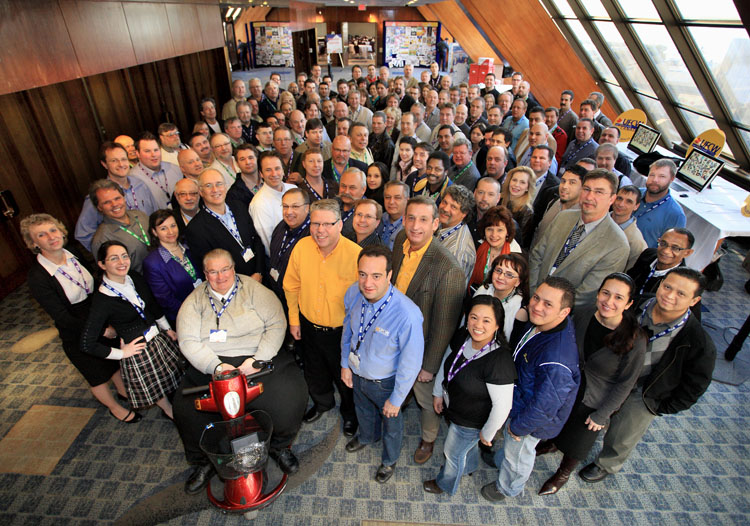 international convention in 2008 – took a big step forward last week in Toronto with the successful completion of the first-ever UFCW Canada Growth Summit, involving more than 160 UFCW Canada activists and officers from across the country.

Held March 14-17, the Growth Summit was dedicated to laying the foundation for a strong organizing culture that will allow UFCW Canada to improve the lives of working people well into the future. The Summit included several presentations that focused on different trends affecting the membership and the union’s growth efforts, and dedicated several sessions to sharing ideas and experiences about what it takes to effectively organize workers in the 21st century.

The Summit was opened by UFCW International President Joe Hansen, who thanked and commended UFCW Canada members for their unwavering commitment to the One Union One Voice program. The initiative commits the union to double its membership by 2018 – a target unanimously

endorsed by delegates to the convention held two years ago in Montreal.

In acknowledging the strongly ambitious nature of the 2018 growth target, Brother Hansen told the group of enthusiastic activists that great accomplishments follow great goals, and that the UFCW needs to “think big” for our union to remain a meaningful part of working people’s lives in the years and decades to come. He also stated his tremendous faith in the union’s Canadian members, and their ability to “lead the way,” serving the union as a model of activism and organizing excellence.

Summit participants also heard from UFCW International Executive Vice-President and Organizing Director Pat O’Neill, who talked about “double-breasted” employers – companies with both unionized and non-union employees – and strategies for organizing non-union workers employed by those companies that have pre-existing relationships with the UFCW.

Paul Meinema, Executive Assistant to the UFCW Canada National President, expanded on Brother O’Neill’s presentation by outlining the Canadian case in terms of double-breasted employers. In doing so, Brother Meinema talked about maintaining existing growth efforts – such as the agriculture and Walmart workers programs – but also highlighted the need to organize the thousands of non-union workers employed by core-industry employers such as Loblaws, Metro, Maple Leaf, Olymel, and Cargill.

In his closing remarks, UFCW Canada National President Wayne Hanley challenged the room full of eager activists to raise the standard of co-operation, and to embrace new technologies and try new approaches. Brother Hanley also recommitted the full support of the National Office in reaching the 2018 growth target, and congratulated participants on a very successful Summit.

“But it’s not the last few days that count – it’s about what we do when we leave here that counts,” he said in conclusion. “It’s about challenging ourselves and improving the lives of workers that counts. 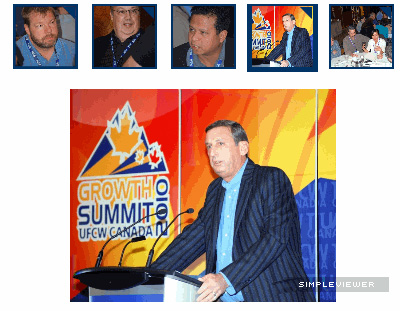