Racism’s stark reality is no reason for a pessimistic future

UFCW Canada statement on the International Day for the Elimination of Racial Discrimination, Sunday, March 21, 2010

It is sometimes hard to envision how racism can continue to plague us in our increasingly globalized world. One would think that on a planet where an African-American man governs the predominantly white United States, a Korean man leads the United Nations, and a black woman from the global South stands as the Governor General of Canada, issues of race would by now be historical facts reviewed by elementary teachers as ways in which people acted in the past, but are now viewed through the lens of “never again.”

We know quite well, however, that this not the case in Canada nor around the world. As another March 21 approaches – the day designated as the International Day for the Elimination of Racial Discrimination – people of every nation and race continue to be in collision with each other at the grocery store, in the workplace, on the streets, in schools, and even on their television and computer screens, sometimes with tragic outcomes. 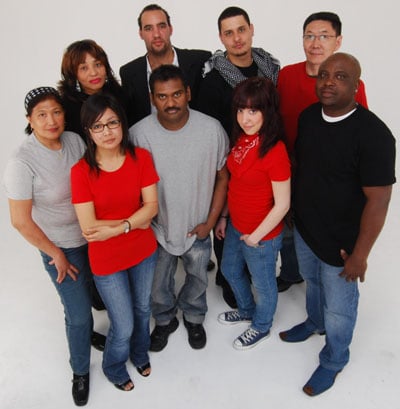 Racism continues to appear blatantly in the form of hate speech scribbled in marker on the body of an innocent Canadian child, subtly in the form of organizational barriers to ascension to decision-making positions, as a quiet workplace comment by the water cooler, or as public policy rationale for mean-spirited immigration policies that convert migrants from the mostly racialized global South to commodified second-class workers in the global North. Racism is still far from being an anomaly. Whether it takes the form of overt acts of bigotry, whispered intolerance amongst friends, or subtle and systemic forms of prejudice, racial discrimination continues to be an irrational malady of humankind revealing itself wherever ignorance, power, and narrow-mindedness reside.

These are issues with which we, as trade unionists, need to grapple immediately, particularly given the rapidly-changing face of the Canadian workforce. By 2031, almost one in three Canadians will belong to a visible minority or racialized group. This would be nearly double the proportion reported by the 2006 national census. When the children born today are entering the workforce in two short decades, visible minority or racialized groups will comprise 63% of the population of Toronto, 59% in Vancouver, and 31% in Montreal. These numbers do not even begin to take into account the more than 250,000 migrant workers entering Canada each year, and the thousands who remain without status.

So where does this sobering reality leave us? As the largest private-sector union in the country, while we are aware of the immensity of the problems before us, we have also seen tremendous success through dialogue and the progressive spirit of unity. Continuing to educate those who “just don’t get it yet,” creating more diverse and reflective organizations, and working with communities and employers to free themselves from racial discrimination, are imperatives that cannot be ignored. Failure to persist with these critical steps forward would clearly be to our detriment as a union and a society.

From Victoria to Iqaluit to St. John’s, UFCW Canada will be there to combat racism and use this day and every other day as an opportunity to build awareness and education. A stark reality is no reason for a pessimistic future. 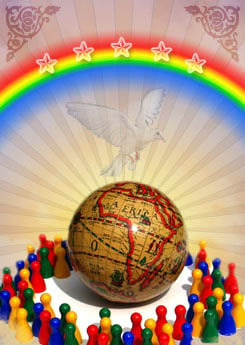 The International Day for the Elimination of Racism is observed annually on March 21. On that day in 1960, police opened fire and killed 69 people at a peaceful demonstration in Sharpeville, South Africa, against the apartheid “pass” laws. Proclaiming the Day in 1966, the United Nations General Assembly called on the international community to redouble its efforts to eliminate all forms of racial discrimination.