On October 21, UFCW Canada members and family members can help build a brighter future for all Canadians by voting on what matters most. United, we are better together. 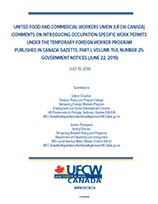 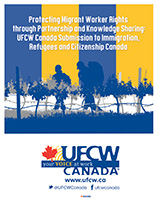 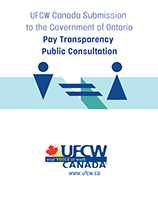 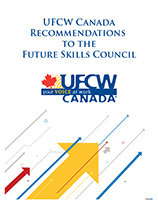 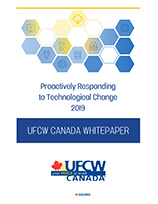 UFCW Canada Submission Regarding Proposed Changes to the TFWP
Download 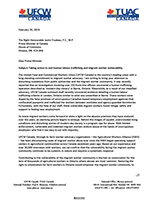 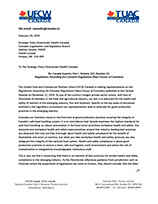 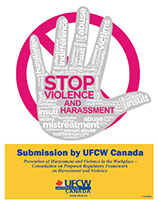 Submission by UFCW Canada: Prevention of Harassment and Violence in the Workplace
Download How to Lobby Your Elected Official

The Art of Lobbying

Lobbying is the art of influencing government leaders to enact legislation or pursue activities that will benefit a specific organization, movement, or group of people. Lobbying is as old as politics itself and is a legitimate part of our democracy.

Elected officials, as well as their staff and advisors, often have limited knowledge of certain issues and the impact that their policies might have on average, hard-working citizens. For this reason, our elected representatives need to hear from workers and their families. And that is why lobbying is very important.

Decision-makers must be given the opportunity to understand our views. They must come to see union activists as both advocates who represent the best interests of workers, as well as individual citizens, taxpayers, consumers, constituents, and voters. They need to hear alternative views and policy options that serve as a counterbalance to the ideas put forward by corporate lobbyists and the mainstream media.

Our opponents have the resources to buy lobbyists and pay for media influence, but we have “the strength in numbers” that can make a difference for working families.

Before your meeting with an elected official and/or their advisors, make sure your lobbying team decides:

The lobby recorder will be responsible for writing the Lobby Report and sending it back to your Local Union or the UFCW Canada Political Action Department.

Prior to the meeting, your lobby team should practice their talking points. Your team should decide what will be said and who will say it. You should also determine the key points that you want to relay and practice discussing them.

Most politicians will be interested in what you have to say. Some will be supportive, while others will be preoccupied with their own interests, or may already be predisposed to disagree with your position. Do not let that deter you from making your case.

Speak about what you know and how it affects the people around you. If you are asked a question that you do not know the answer to, do not be afraid to say that you will get back to the elected official or advisor with an answer later. Be sure to follow through with your promise.

Be Clear and Stick to the Point

Make sure your comments are concise, and stick to the points at hand. Speak with confidence, and remember that your job is to persuade decision-makers in government to understand and hopefully adopt your point of view.

Determine where there is agreement, and any reasons for disagreement. Never lecture, and never make things personal. If you find that there is support for your position, ask what can be done to achieve action on the issue that you are discussing.

Work to avoid outright rejection of your position. Focus on areas of agreement, not on differences.

Do Not be Discouraged by Failure

Remember that the importance of lobbying is to make your position known. Influencing and changing minds takes time, which is why lobbying is a constant, long-term, and ongoing event.

UFCW Canada’s political action efforts are not limited to activism, lobbying, and election work. They also include education and training. And that’s where webCampusPLUS comes in. webCampusPLUS is UFCW Canada’s free, state-of-the-art, online learning program that is available to all UFCW members, their family members, and our community partners. webCampusPLUS opens the door to learning at your own pace, any time of day, from any place or device that has an internet connection.

There are more than 200 webCampusPLUS courses available — including numerous courses that focus on politics, activism, and political action. Below is a list of courses that may be of interest to UFCW members and allies who want to learn more about political issues and the political process in Canada.

To register or find out more about these courses, visit the webCampusPLUS website.

Below is a comprehensive list of upcoming municipal, provincial, and federal elections across Canada through 2019. For information and updates on UFCW Canada’s efforts in these elections, contact your Local Union and check out our Latest News section.