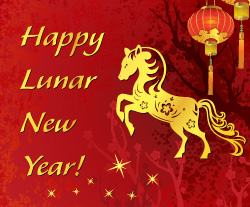 Toronto – January 30, 2014 – On January 31, thousands of Canadians across the country will celebrate the Lunar New Year – the Year of the Horse – by spending time with friends and family in numerous fun-filled activities to mark year 4712 on the lunar calendar.

Spring Festival, more commonly known as the Chinese New Year, is a very important cultural event for a growing number of Canadians and their communities. According to the latest National Household Survey, 1,324,700 Canadians describe themselves as having Chinese ancestry and together they comprise 21 percent of Canada's racialized population.

Many UFCW Canada members will be helping to organize Lunar New Year events in their communities and all interested members are encouraged to check their local union and municipal websites to find out more about how they can participate in this year's festivities.