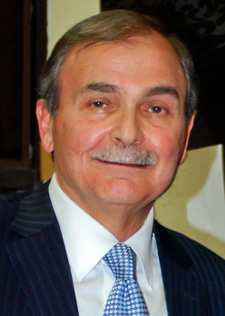 Toronto – July 17, 2013 – Labour and legal activist Paul Cavalluzzo has been appointed to the Order of Canada. The appointment, awarded by the Governor General of Canada, is in recognition of a lifetime of outstanding achievement, dedication to the community and service to the nation.

Paul Cavalluzzo is one of Canada's leading constitutional and labour lawyers. In 2003, his skillful leadership in the courtroom played an essential role in UFCW Canada's legal victory in gaining first-time coverage for tens of thousands of agriculture workers in Ontario under the Occupational Health and Safety Act. Brother Cavalluzzo also acted as legal counsel in a series of Charter challenges brought by UFCW Canada in the continuing struggle to overturn Ontario's ban on farm unions.

"Paul's passion for social justice, fairness, and the law has created an enduring Canadian legacy in the defence of labour and human rights," says UFCW Canada National President Wayne Hanley. "His appointment to the Order of Canada is a well-deserved achievement and we congratulate him. Canada is a better place because of Paul's wisdom, compassion, relentless advocacy on behalf of working people, and his unwavering support for the law and the fundamental Charter values which enshrine our rights and freedoms."