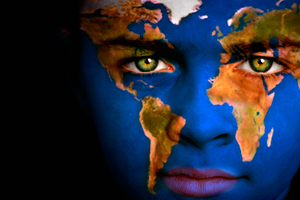 Toronto – September 1, 2016 – A new report published by Oxfam reveals that the generational gap is widening in Canada, as young adult workers are earning less and also have the highest student debt in Canadian history.

The Oxfam report shows that as the gap between rich and poor continues to grow, there has been a parallel rise in the gap between generations, with young people across the world growing more disadvantaged and disempowered, in spite of being the largest generation in human history.

The study, which defines inequality as a combination of income, living conditions, schooling, access to political forums or a decent working environment, finds that more than 500 million of the world's young people live on less than $2 a day, and nearly 126 million of them cannot read a full sentence.

In Canada, the report finds that youth are currently facing high rates of underemployment, and access to higher education continues to grow further out of reach; particularly for First Nations and immigrant youth. With costs for undergraduate studies tripling since 1995, today's students have become the most indebted generation in Canadian history, with the average student graduating with over $28,000 in debt. Oxfam also points out that young adult workers in Canada are also being paid less today than they were 30 years ago, with those between the ages of 25-34 earning approximately $4,200-a-year less, after adjusting for inflation, than the same age group earned three decades earlier.

The report also makes ten recommendations to counter the generational gap, including encouraging governments to support youth-led development projects, as well as increasing affordable access to quality education. The full study can be read here.