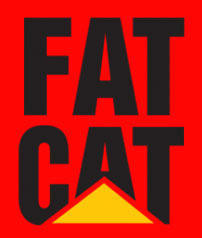 UFCW Canada members and activists are united with Canadians across the country in voicing our outrage over Caterpillar’s decision to close its Electro-Motive Diesel (EMD) plant in London, Ontario, announced last Friday on February 3.

The Electro-Motive closure comes a month after Caterpillar tabled a final offer that would have cut the workers’ wages and benefits in half – despite the fact that Caterpillar earned $5 billion in profits last year, the highest ever in its 86-year-history.

The Caterpillar closure is symptomatic of something larger that is destroying our communities, and as workers in Canada we have every right to be concerned and to demand answers from our elected officials in Ottawa and elsewhere.

Caterpillar, as CAW National President Ken Lewenza rightly says, had no intention of maintaining the EMD facility in southwestern Ontario.

The truth is that the plant closure in London is part of a larger attack on working people and unions that is taking place all across North America.

Last Wednesday, the Governor of Indiana signed into law a so-called "right-to-work" bill that makes the mid-western state the latest jurisdiction in the United States to fall victim to a full-scale attack on the middle class by the corporate agenda.

The huge step backwards in Indiana follows other similar trends in places like Wisconsin, and here in Canada where our public services, standard of living and collective bargaining rights are facing growing threats from neo-conservative politicians at every level of government.

More than a quarter of a million UFCW Canada members are calling on the federal government to force Caterpillar to put its London diesel assembly plant up for sale to a Canadian buyer to keep jobs in this country.

In 2010, Prime Minister Stephen Harper approved Caterpillar’s purchase of Electro-Motive, and that purchase came through the Investment Canada Act which clearly says that sales must be of a net benefit to Canada. As the country’s largest private-sector union, we draw the Prime Minister’s attention to the obvious fact that Canadian communities do not benefit when a company like Caterpillar is allowed to buy a plant only to close it down.

We stand with our Brothers and Sisters in London and the North American labour movement in staring down corporate greed and demanding a way forward that doesn’t allow Canadians and their communities to be violated by transnational companies who don’t care about us, our children and their future.

As working families we need to be united more than ever, and we need to mobilize like never before by electing pro-labour political parties and politicians. Only then will we have governments that work for workers and only then will our needs and interests become the guiding priority for our lawmakers.