By the Numbers: The Canadian Beef Industry

An overview of the Beef and Cattle Industry

After peaking in mid-2005, Canada’s cattle inventory continues to decline. The total number of cattle slaughtered has declined throughout the years due to many factors, such as the rocketing cost of feed grain prices, which averaged 21% higher in the last five years compared to the first years of the 2000s. 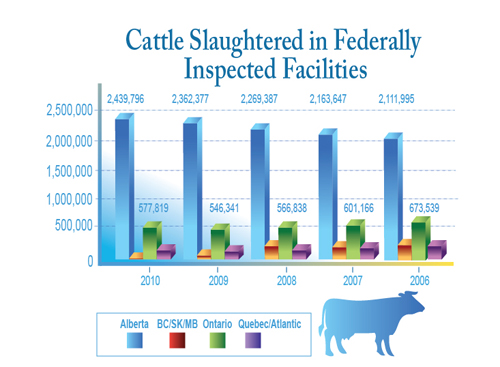 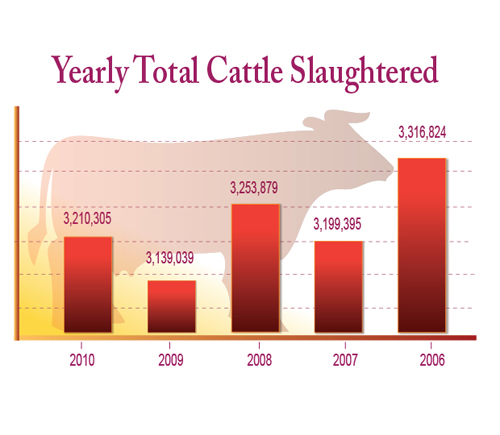 At the provincial level, Alberta is leading the total number of slaughtered cattle with 67% of the entire beef market. Ontario is Canada’s second largest beef producer with 20% of total slaughters and Quebec is third with 12%. Saskatchewan, British Columbia and Manitoba are also contributors with a combined total of 1.4%. 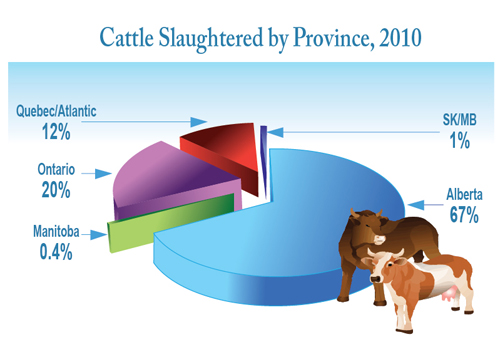 The decline in the number of slaughtered cattle is also linked to the decline of beef consumption in Canada, where the per capita consumption rate has decreased from 38.8 kg in 2008 to 20.2 kg in 2010. The per capita consumption decrease is explained, in part, by an increasingly sophisticated consumer in a more competitive and diverse marketplace, an aging consumer population making non-red meat choices with their diets, and an inadequate coordination of the beef supply to meet consumers' tastes and preferences. 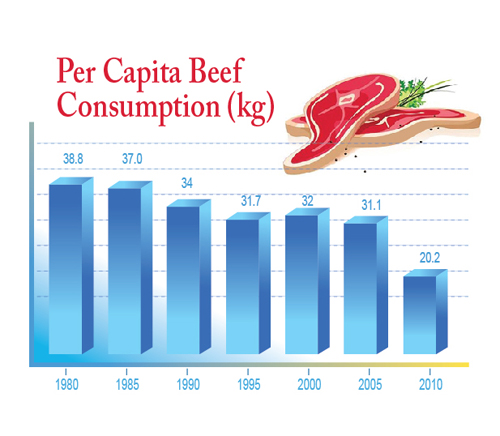 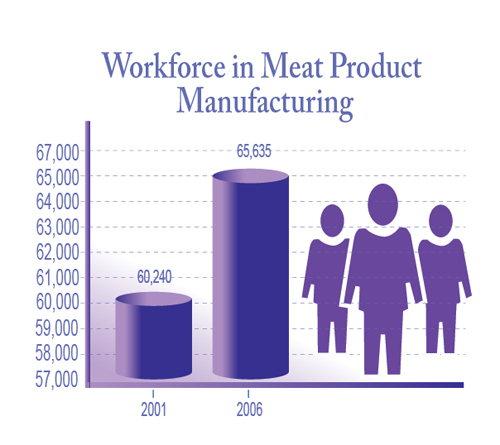