A New Year and Opportunity 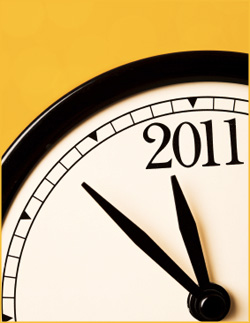 Last week a University of Toronto research report confirmed what most working Canadians already know — that the gap between them and the rich is getting bigger by the day. While the report was centered on Toronto, the authors commented that in Vancouver and Montreal and many other Canadian communities the story is the same.

A few days before the Bank of Canada had warned that most Canadians are carrying too much debt, which is just another sign that for most folks in Canada the economy is not producing the income and opportunities that ordinary working people need just to get by.

The economic crisis that started in 2008 hasn’t helped but it only accelerated a trend that started earlier this decade as governments at both the provincial and federal levels decided that what was good for business and corporations would be good for Canadians. That included corporate tax cuts, weakening the labour laws and slashing the budgets of social and training programs.

Well, this “business knows best” philosophy was effective if you’re talking about corporate executives and the elite, who in total are richer than at any time in Canadian history. It is no surprise because the political system has worked for them while leaving everyone else struggling.

As one year ends and a new one begins, working Canadians are facing a crisis but also an opportunity to stop it and turn it around. The gift of living in a democracy is the power that everyday people have to elect family-friendly leaders and governments. In 2011, upcoming elections in a number of provinces as well as at the federal level will give us the opportunity to change Canada for the better. What it will take is getting involved to support and elect candidates who aren’t attached to the elites, and who understand the issues and challenges facing working Canadians.

It is a season of hope in a land that is free and full of opportunity if we make it that way. Best wishes to you and your family in this holiday season, and for the New Year that lies ahead.

This is the last edition of Directions for 2010. Directions will return on January 3, 2011.