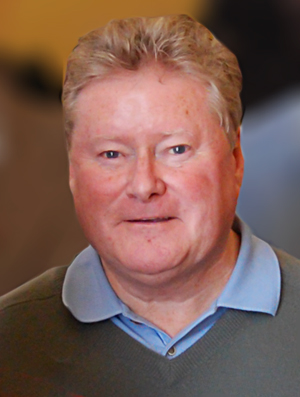 Mississauga, Ont. – March 11, 2013 – Husband, father, grandfather, and UFCW Canada brother Frank Kelly passed away on March 2, 2013 in Mississauga surrounded by the love of his family. Frank was born on April 14, 1944 in Glasgow, Scotland and moved to Canada in 1966 with nothing but a strong work ethic and a quiet charm. He was a devoted husband to his wife Yolanda and a loving father to his three children, Frank Jr., Heather, and Stuart.

In addition to his wife and children, Brother Kelly leaves behind his two cherished grandchildren, Rebecca and Madison; step-children Tanya and Kevin Tucker; sister Betty Rankine; and grieving cousins and their families both in Canada and in Scotland. He will also be sorely missed by his close friends and colleagues at UFCW Canada Local 206, where he served as Secretary-Treasurer for 21 years.

Frank's life-long commitment to advancing and protecting workers' rights began in the late 1970s when he was first elected to UFCW Canada Local 175's Executive Board. He was then hired by the local to organize new members and very quickly succeeded in winning representation for workers at the Pizza Pizza call centre in Toronto and Gordon's Supermarkets in Southwestern Ontario. Over the course of five years, Brother Kelly worked with his long-time friend and colleague, John Hurley, to organize dozens of workplaces for Local 175, before being promoted as a business agent for the Local Union in the mid-1980s.

After years of dedicated service with Local 175, Frank went on to become Secretary Treasurer of Local 206 in 1992. There he played a major role in expanding the Local Union's membership from 600 workers in the early 1990s to the 5,000 brothers and sisters that it proudly represents today. Brother Kelly convinced hundreds of workers in the hotel, restaurant, and security industries to improve their working conditions and living standards by joining the union, most notably when he helped sign up 1,000 security guards to Local 206 in 1997. Frank was also very active in negotiating Local 206's mergers with the Canadian Union of Restaurant & Related Employees and UFCW Canada Local 351, and welcomed members from these organizations to create a stronger, more unified Local Union within the UFCW Canada family.

"Brother Kelly was a fundamentally decent and jovial man with an excellent sense of humour. His witty charm, impeccable integrity, and ability to connect with people enabled him to thrive as a well-respected union activist and family man, and I was incredibly blessed to have him as my friend and confidant," says Local 206 President John Hurley. "I know the entire UFCW Canada family will remember Frank for his 34 years of outstanding service to this union and his lifelong devotion to fighting for the working men and women of Ontario. He was a truly admirable man."