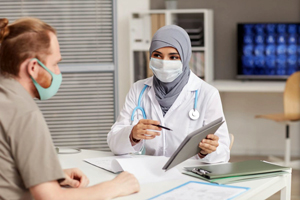 Toronto – December 10, 2020 – Attention all UFCW activists: new legislation has been brought forward that would help millions of Canadians with their prescription drug costs by introducing a universal pharmacare system. Help make universal pharmacare a reality for all by signing the petition supporting the Canada Pharmacare Act.

Introduced by the federal NDP in February 2020, the Canada Pharmacare Act would implement a uuniversal public pharmacare system by extending prescription drug coverage to all Canadians, while saving the country billions of dollars every year. The final report of the Hoskins Advisory Council on the Implementation of National Pharmacare found that, once fully implemented, universal public pharmacare will reduce annual spending on prescription drugs by $5 billion. Workers and businesses, meanwhile, will see their prescription drug costs reduced by $16.6 billion annually, and families will see their out-of-pocket drug costs reduced by $6.4 billion a year.

This legislation is badly needed, as people across Canada are making impossible choices every day because they cannot afford their prescription medications. Over the past year alone, one-in-four Canadians were forced to avoid filling or renewing a prescription due to cost or had to take measures to extend a prescription because they could not afford to keep the recommended dosage schedule.

Even those with private coverage are seeing their employer-sponsored benefits shrink – a trend that has accelerated due to the economic impacts of COVID-19. In fact, Canadians are twice as likely to have lost prescription drug coverage as to have gained it over the past year.

Led by UFCW Canada, labour unions have been a leading voice advocating for the implementation of universal public pharmacare. And now we are asking for the support of members, activists, and allies to help make this vision a reality.

With the first vote on the Canada Pharmacare Act set to take place in February 2021, now is the time to tell your local Member of Parliament (MP) that you support a universal pharmacare system in Canada, and that you would like to see the millions of Canadians who are struggling to pay for their medication receive the support they desperately need.

Help make universal public pharmacare a reality in Canada by signing the petition supporting Bill C-213, An Act to Enact the Canada Pharmacare Act. Tell your MP to vote “YES!” for Bill C-213 when it comes up for a vote in February. With your support, we can help millions of Canadians afford their prescription drugs. Add your voice today!