By the Numbers – The cost to stay digitally connected in Canada 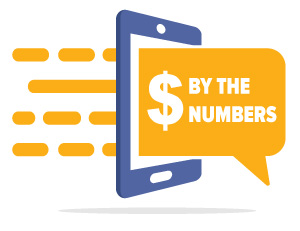 Toronto – September 14, 2019 – We’re reminded every day how essential digital phone and internet services have become — and reminded every month that their cost keeps going up. Canadians pay some of the highest prices in the world to stay digitally connected.

Meanwhile, two million Canadians living in rural, remote, and northern areas still don’t have access to reliable internet service. No wonder the cost and access to staying digitally connected have become hot button election campaign issues — with the NDP promising to bring in legislation that would force Canada’s telecom companies to offer cell phone and internet plans that cost no more than the global average.

According to a recent report from the Canadian Radio-television and Telecommunications Commission (CRTC):